There was a day this past winter when I was housebound by a blizzard. Driving was dangerous, schools were closed, and events canceled. I couldn’t have gone out anyway as persistent winds kept blowing the snow into deep drifts across my long driveway, despite the repeated returns of the snowplow. An unexpected day with hours of uninterrupted time invitingly stretched out before me. I thought of all the enjoyable things I could do; reading by the fire, baking cookies, sorting through pictures, or even some Netflix binging. But then I remembered the cluttered basement with boxes scattered randomly across the floor

There are only four foods that I really hate and they are blue cheese, sauerkraut, olives and coffee. Now, the first three are pretty easy for me to avoid ever eating but coffee is a different matter. Coffee is the all-American drink, served anywhere and anytime. Not only is it a drink but it also shows up in candy, cake, ice cream, and main dishes; and I can’t stand even the tiniest sip or smallest morsel. I can always taste when something has coffee in it, too! (Interestingly, though, I love the smell of it, especially freshly ground.) So what do I have to say about this topic that Claudia has picked for us to write about? Nothing,really, but I can talk about tea, for I love tea with the same passion as the most avid coffee drinker. I crave that first cup in the morning to wake up my day and I look forward to those last relaxing sips in the evening as much as coffee drinkers the world over do their cups of java. I have loved tea ever since it was first served to me at eleven years of age by a kindly British bobby after I became separated from my mother late at night in the

It is a beautiful autumn day as I sit down to write. The meadow behind my house shimmers gold in the sunlight and the woods beyond it are dabbled in shades of yellow and orange as if a child went over them with finger paint. The October Glory maple trees at the end of my driveway are being true to their name with their brilliant red leaves making a bold statement across the azure sky. Outside the air is crisp and smells faintly of wood smoke and drying leaves. I sit in the sun streaming through my morning room windows and think to myself,”Fall is my favorite season!” I am thankful to live in the Northeast where each season is distinctly different from the one before it. Soon the color will drop from the trees and the chill of winter will settle in. My meadow will become blanketed in snow and will beckon me to snowshoe across it into the woods where the trees, covered in

I was writing before I even knew what words were. Blessed with a vivid imagination, as a small child I created stories in my head that were as detailed as any book I have

END_OF_DOCUMENT_TOKEN_TO_BE_REPLACED 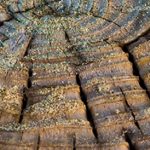 May I have a word?

I set out to write the definitive, morally indisputable stance on SHOULD, but the truth is, SHOULD is as slippery as it is stubborn and as seductive as it is convicting. It’s both bondage and opportunity, both albatross and eagle—the kind of SHOULD that lovingly encourages me like a grandmother to explore and live well but also the kind that compares and defeats and sits devilishly on my shoulder with its claws in my neck. SHOULD is, on the one hand, a narrative that binds me. It is the Miss Hannigan to my captive soul, ordering me about with its wiry and graying hair, ill-fitting skirt and torn stockings.

The glorious auto-brew function on my Mr. Coffee broke a couple of months ago. (Yes, I know. Tragic.) Now, instead of waking to faint Pavlovian beeps and subtle wafts of my go-to Wegman’s French roast, I have to unravel myself from my husband and make the long, dark haul down to the kitchen, where the not quite so glorious but still somewhat miraculous “ON” button lives—and then wait six minutes. It was especially cold this January morning, and although I’m in my favorite winter onesie pajama and my wool slippers from Mongolia all bundled in my plush and remarkably unflattering mint-green fleece robe, I wasn’t quite content nor warm enough until I held the day’s first mug. A friend once told me she can always spot a coffee lover by the way they hold their mug—grasped firmly between both hands and held close, at about the sternum, a bit like one might hold the neck of a person one were trying to choke if they were standing between one and one’s morning pot. I happened to be engaging in such mug-holding at the time and agreed.

Now, I’m not an etymologist, but I do spend an abnormal amount of time thinking about words, and it seems to me no coincidence that “seasons” (as in the cyclical climatological phases) and “seasonings” (as in spices and herbs) share so many letters. It’s an obvious connection, really: Both make life a bit more interesting. Seasons are on the one hand about variety, marked by their stark contrast to one another and efficiently grouped around distinct periods of time, taking turns, then repeating. These graciously rotating climates are the backdrop against which we live out our days, setting the scene as we live one act, then the next, and so on. But seasons are usually far more than a backdrop, rather also the stage and the props and even supporting characters. We react to them, we work around them, we fight through them, and we mourn or rejoice as they pass, ushering in the next

Just do this already.

I’m starting this blog because it scares me and because it’s time to get serious about doing the one thing I’ve always wanted to but never have. Honestly, I’ve thought of every reason not to