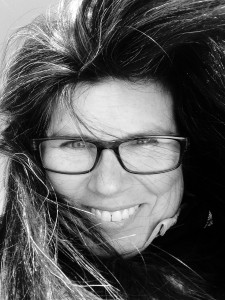 Now, I’m not an etymologist, but I do spend an abnormal amount of time thinking about words, and it seems to me no coincidence that “seasons” (as in the cyclical climatological phases) and “seasonings” (as in spices and herbs) share so many letters. It’s an obvious connection, really: Both make life a bit more interesting.

Seasons are on the one hand about variety, marked by their stark contrast to one another and efficiently grouped around distinct periods of time, taking turns, then repeating. These graciously rotating climates are the backdrop against which we live out our days, setting the scene as we live one act, then the next, and so on.

But seasons are usually far more than a backdrop, rather also the stage and the props and even supporting characters. We react to them, we work around them, we fight through them, and we mourn or rejoice as they pass, ushering in the next scene. People have favorite seasons, of course, some even hate one, but most people are just happy to have a mix. Me too. I especially delight at the onset of a season—the first crocus, the first warm day, the first red leaf, the first frost—and how it brings both newness and familiarity, like visiting with a good friend you haven’t seen in a while. …

FALL has just grabbed its hat after a lovely chat over cider and pumpkin bread and is heading out the door, allowing me a moment to reflect and prepare for my next guest. It is during the autumnal months, with the winds as its accomplice, that gravity makes an appearance in full force as Earth battens down the hatches and settles in. I take a moment to do the same, storing lawn furniture, securing storm windows and stocking up on candles for the inevitable outages to come.

WINTER gets little love, though at its essence it is precisely what we 21st century humans need more than ever: a season of silence and rest. Nature understands its value and hibernates, turning down the music, turning off the lights and pulling up the down comforter over its head for a much needed Rip Van Winklenian nap—only shorter and much more productive. We ought to think of winter as the weekend of seasons, not the 5 a.m. Monday-morning alarm clock that warm-weather propagandists have made it out to be. Cold, yes, but few things are quite as peaceful as snow gently falling, each solitary flake landing softly without making a sound, not even a “shhhhh.” For the introverts I know, the quietude of an upstate winter is a chance to hole up and recharge—alone—without guilt or explanation. For extroverts like me, it’s a forced hiatus, forced mostly because would-be playmates don’t revel in this particular set of temperatures and precipitations quite as much as I. It’s not a popular stance around here—where we endure up to six months of the stuff—but I love snow and its sub-zero entourage. Give me fireplaces, wool blankets, a hot cup of something age-appropriate, down jackets and Sorels over sweat, bug spray, sunburns, dehydration and the inescapable oppression of sticky, wretched humidity any day. But I digress.

SPRING arrives on clouds, clothed in purple petals and a song just in time to gently but insistently remind us that winter’s rest replenishes, that all that was will be again. That rebirth, anticipation and possibility are knocking.

SUMMER is the star who gets more than its fair share of PR. Joy, activity, adventure, sun and fun, blah, blah, blah. Yes, summer is great. I know. Its abundance and enthusiasm are without parallel, but only because its siblings do all the heavy lifting the rest of the year can it so unabashedly reign.

And so it is, seasons coming and going, marking time like a metronome, keeping a complacent world on its toes, and reminding us to wonder, “Where did the year go?” And while these meteorological phases literally nudge nature from one arc of the cycle to the next, they also hand deliver a metaphor for understanding our own lives.

King Solomon and his 20th century lyrical counterparts, The Byrds, tell us there is a time for every purpose under heaven. A time to be born, a time to die, a time to plant, a time to reap, a time to weep, a time to laugh, a time to mourn and a time to dance. We live our lives in seasons, with plot and dialogue, emotions and conflict clumped around a pivotal scene—childhood, parenthood, illness, health, sadness, joy—until the pull weakens and we are released into the path of the oncoming season, changed slightly and, hopefully, better prepared.

Re-enter “seasonings.” (Thank you for hanging in there.) Definitions for its root verb, “to season,” reveal a second and especially useful analogy: “to make palatable by aging” and “to heighten or improve the flavor of.” We season food to make it better, and, likewise, life seasons us, wearing us in like a cast-iron skillet with every cook, every sizzle and every ounce of fat. Better with every use. It’s tough to see the value of difficult times when preoccupied with diaper blizzards, marital thunderstorms and other seasonal disasters, I know. But, thankfully, time and experience collude with all the wear and tear that comes as a result of living to fortify us for the seasons to come.

How is life seasoning you right now?